I visited the Raptus International Comics festival the during the weekend. The comics festival, which this year was from Friday 18th to Sunday 20th, is an annual event that I have been going to for a few years now (links at the end of this post to previous write-ups!). I couldn’t attend the opening on Friday, but at least I got to spend a few hours at the venue on Saturday. 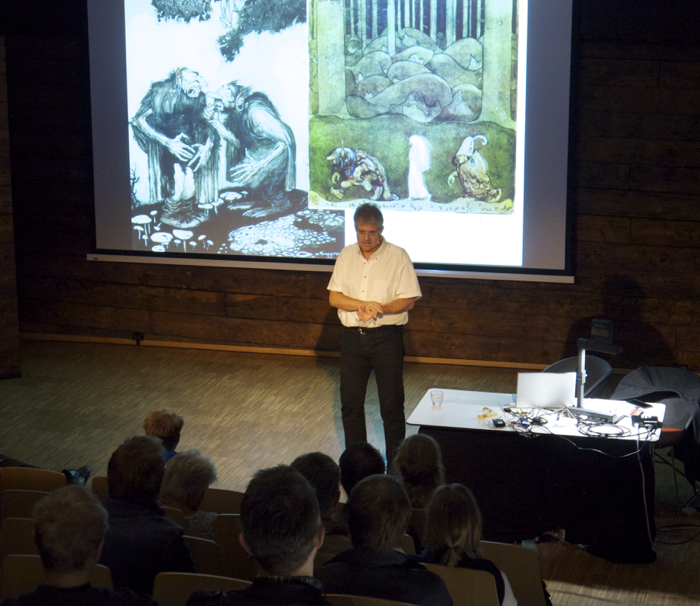 First of all, I attended a presentation on the upcoming Christmas comic Truls og Trine, hosted by the artist, Arild Midthun. He talked about his drawing process, visual style and inspirations, and “borrowing” from other artists.

Afterward, I stopped by Mark Crilley’s comics panel. He was being interviewed about his visual influences and how he got introduced to manga style. He also gave general tips on how to get published as a comic artist. At the very end of the interview, Mark revealed to the audience that he’s making a new comic book to be released in 2016. Judging by how he described it, it’s going to be a blend of a graphic novel and educational drawing book, which indeed is an intriguing concept. I’m not going to reveal what it’s called, for now… 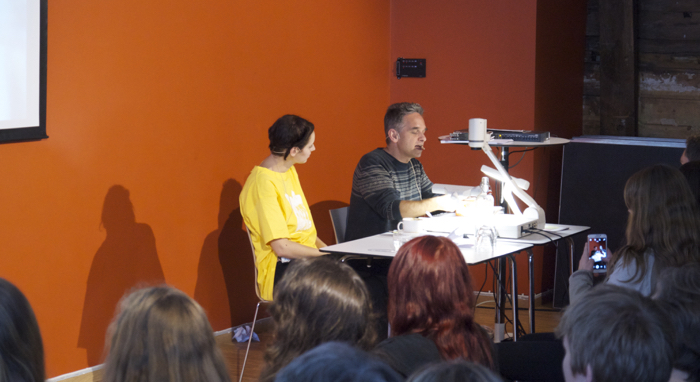 By the way, Mark Crilley already have a vast collection of How to draw-videos on his YouTube channel; which is a nifty resource for anyone interested in learning to draw.

I also attended Thierry Capezzone’s talk about Flåklypa, which is yet another Norwegian Christmas comic. He talked about how he had to distance himself from his own Franco-Belgian drawing style on this project. This was important because a lot of Norwegian would have certain expectations about the look of a comic set in the Flåklypa universe (originally created by renowned Norwegian artist Kjell Aukrust). Also, he pointed out that he had only had three months to complete the entire comic, which in itself is an impressive feat. 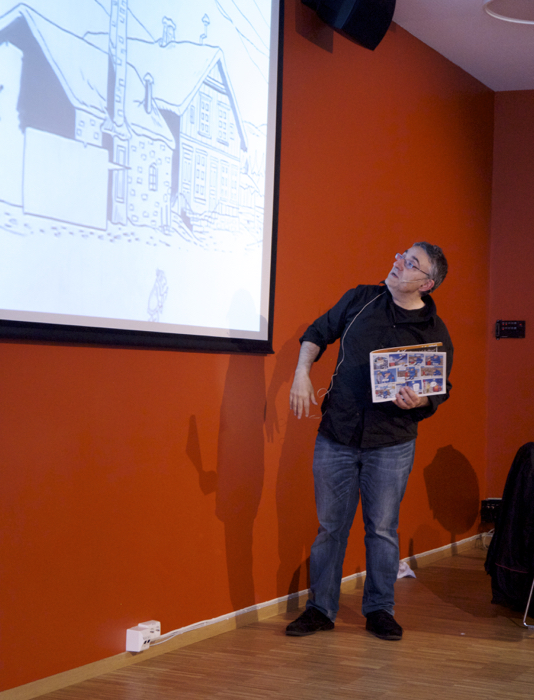 Last but not least, I attended the Grapple Seed presentation. The two guys behind this brilliant story had a thorough presentation of the premise of the world the comic is set in; a world where everything but stone is pushed away from the earth by an opposite grativational force. 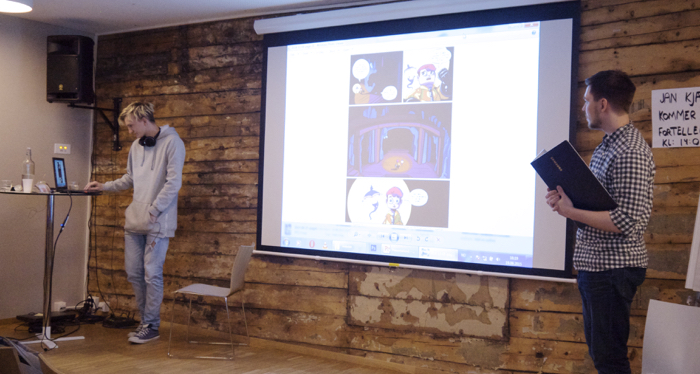 They also pointed out that it’s not just a webcomic; the comic is being made with print in mind. Sadly, none of the publishing companies they’d been in touch with had given a positive response (or worse, no response at all). This is a comic I would like more people to read, mainly because of its vivid art style and meticulously crafted alternative universe… So, I highly recommend taking a peek at Grappleseed.

After these talks, I wandered around the convention and bought myself a few comics. I also got to talk to Mark Crilley while he signed my copies of Brody’s Ghost volume 1 and volume 6. I also bought Jens K. Styve’s new book, and bothered him to sign my “artists I met at Raptus” book (a Moleskine sketchbook I’ve been collecting autographs and drawings in since 2011). He recognized the brand with a smile. I told him that I’m finding it hard to use my own Moleskine sketchbook, just because it’s so expensive (I’ve used about 1/3 of the pages, and I got it many years ago!).

Sunday
I had to skip most of the events on this day, since I was very pressed for time on a project I have to finish. This was particularly sad because I had looked forward to Mark Crilley’s talk about his Mastering Manga books (and of course, I wanted him to draw in the aforementioned autograph book). But perhaps I’ll have another chance someday? 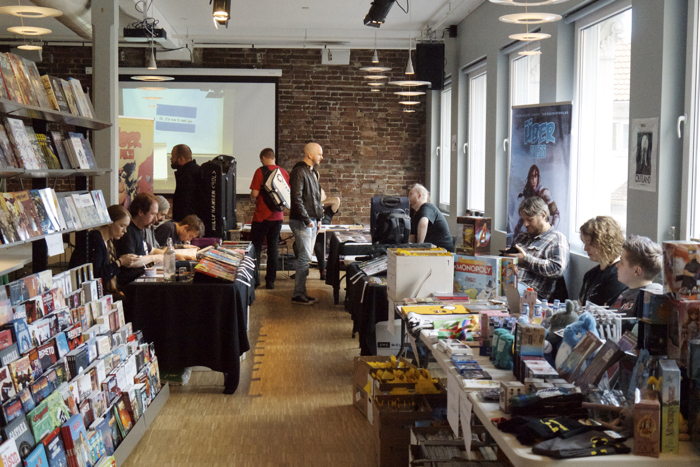 Nevertheless, I decided that I should at least go to the final event of the day, The Big Show. This is also marks the end of the festival. During the show, which follows a formula from past festivals, the artist guests performed live drawing on stage. The event was fun to watch, and there were a lot of people in attendance. The artists were prompted to draw english idioms, which were kept secret so that people could guess what they were. All in all, basically a big game of pictionary. Furthermore, the winner of the Cosplay Contest for costumes had his likeness drawn by Mike Collins on the big screen during the show. 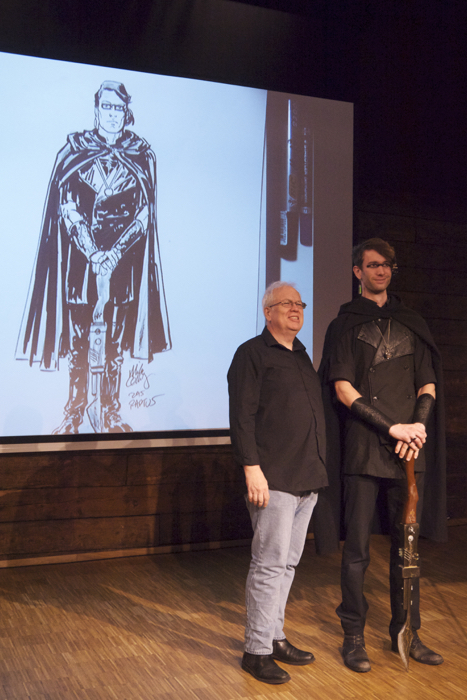 Big rounds of applause were given to all of the artists during and at the end of the event. It was also announced that next year’s Raptus will be held on September 16th to 18th.

That’s it for this year! If you’ve written about Raptus on your blog, I would love to read it! Leave a link below, or send me a tweet @InvPaperclip.

Here are my write-ups from previous festivals: