I made some comics on Sunday, February 1st… and so did a lot of other people. If you’re wondering why, you can read about Hourly Comic Day here (not to be confused with 24 Hour Comic Day, which is also explained). In short, everyone goes about their day as usual, and every hour they document something that happened during that hour in one or more comic panels. Sarah McIntyre (illustrator and writer) also wrote about HCD here, and she provides some great examples of her own hourly comics.

If there’s one thing to earn from doing this annual “experiment”, it’s the sense of community one gets from participating. As an added bonus, there’s a lot of fun hourly comics to read, especially on Twitter with the hashtag #HourlyComicDay.

Sadly, I had to cheat a little bit with the timestamps on my comics, since I discovered today that I actually had skipped some of the hours. I had also left a panel blank, so I split that in two and drew those digitally. I also inked most of the comic yesterday and today, so I can’t say that I made all this in one day. Still, I’ve improved since last year (2014), and the year before (2013).

Anyway, enjoy! And please leave a comment with a link to your own hourly comics if you made some (ok, you don’t have to… but it would be awesome if you did). 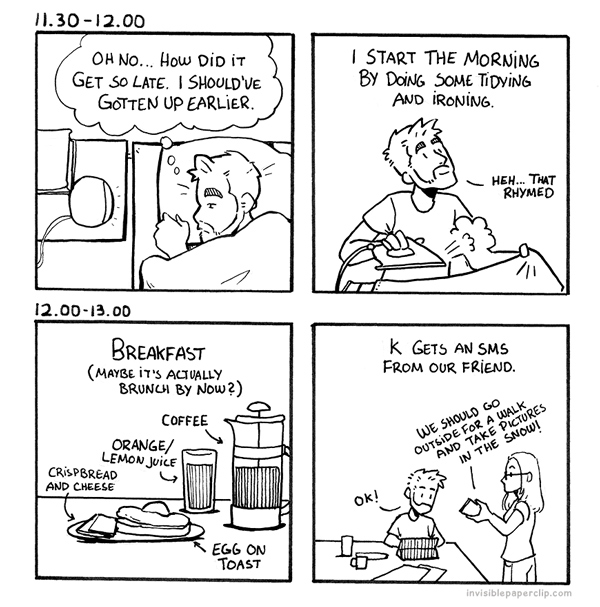 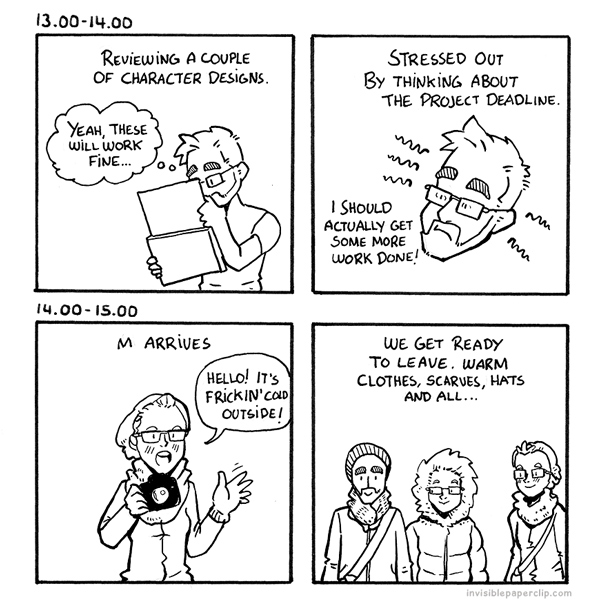 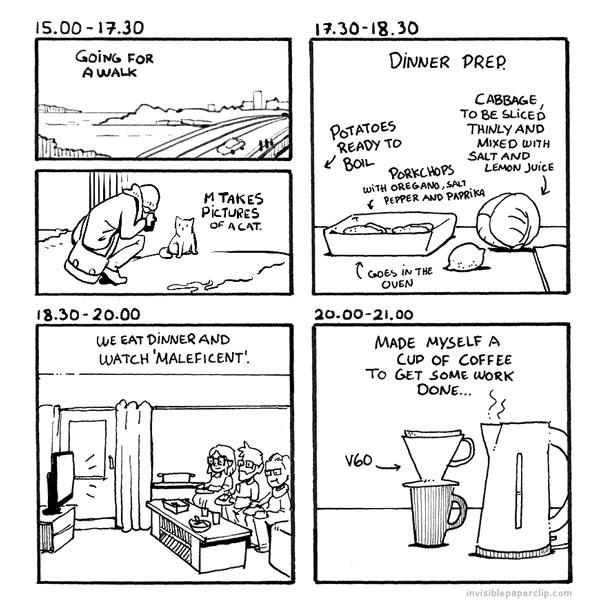 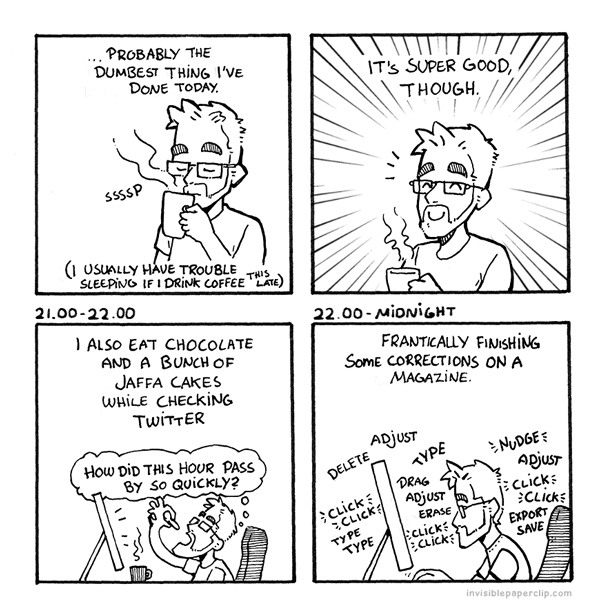 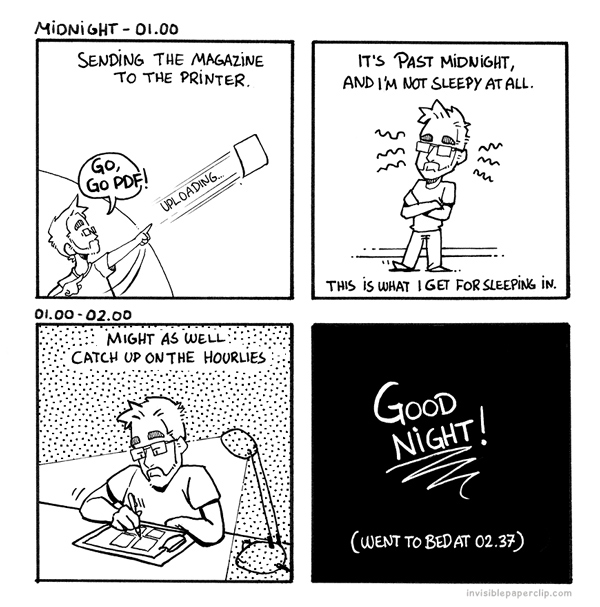 PS: Here’s a collection of links to other people’s hourly comics:

So hey, I actually participated in this year’s Hourly Comic Day, which was on Friday, February 1st. I’m only a few days late in actually posting the comics… and I might have bent the rules a few other places too. Sorry about that (if you’re unfamiliar with the concept, here are some simple guidelines that explain Hourly Comic Day).

Nevertheless, I’m pretty proud that I managed to finish these, simply because I’ve never documented a day in comics before. In hindsight, I see that my panels are wonky and pretty horrendous. I should’ve known better than to freehand them… And of course using a ruler didn’t help when it was wonky in the first place. I could’ve used a template or skipped the borders on the original drawings and added them later in the process. Now I know!

It was very fun to feel that I’m a part of something much bigger. I tried my best to keep up with the updates from all the creative people I follow on Twitter, but it became increasingly difficult. I ended up spending Saturday morning scrolling through a lot of hourlies.