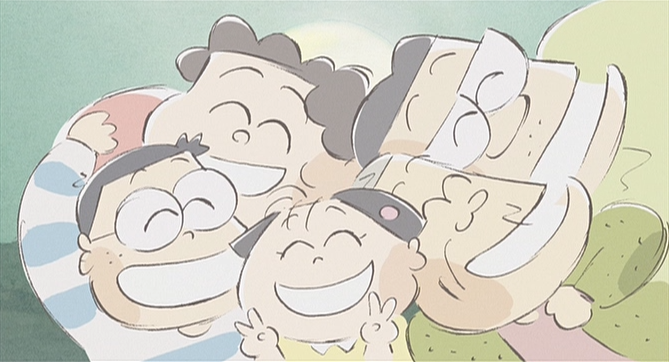 First of all, these are my personal thoughts on the Japanese movie My Neighbors the Yamadas. I will have to point out that this is a great movie, and I hope to convince you to watch it if you haven’t already. My Neighbors the Yamadas is in short a movie about the daily life of a small family of five living in a peaceful town in Japan. It’s a surprisingly interesting movie, despite having such a mundane theme. The recipe is roughly as follows; a good dose of comedy, a nice sprinkle of drama, poetry and dilemmas, a cup of action and a pinch of sadness… 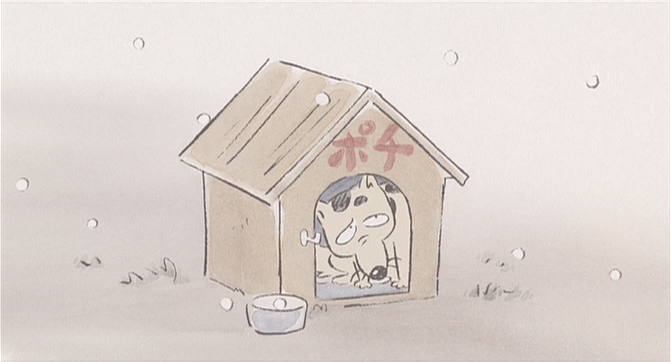 … and there’s also this dog, although he doesn’t show up much.

Style
My Neighbors the Yamadas (with the Japanese title “Hôhokekyo tonari no Yamada-kun”), was released in 1999, and was Studio Ghibli’s first 100% digitally produced animation movie. But at first glance, you wouldn’t think it was made digitally. 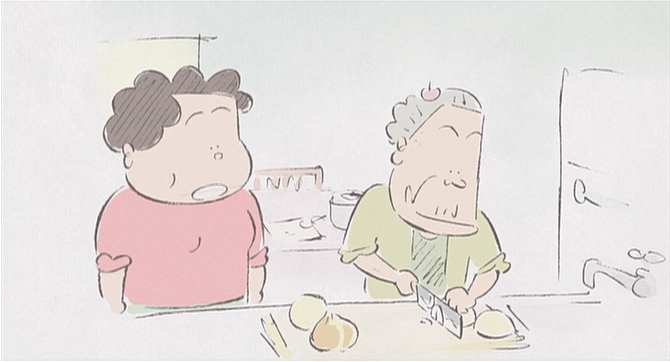 It has been described as watching a watercolor painting coming to life, the light colors sometimes spilling outside of the sketchy outlines and with simplistic backgrounds and environments. The style is distinctly different from what Ghibli had made up to that point in time, some examples being Nausicaa of the Valley of the Wind, Whisper of the Heart, Kiki’s Delivery Service and the highly popular movie with the similar title, My Neighbor Totoro.

Story
However, My Neighbors the Yamadas’ style works incredibly well with the “slice of life” genre of the movie. It is is based on a four panel comic called Nono-chan by Hisaichi Ishii, and typical for the gag-type comic, there’s in fact no main storyline. Instead, there are a lot of segments varying in length, sometimes preceded by a title topic like “Marriage, Yamada style” and “Father and son bonding”. 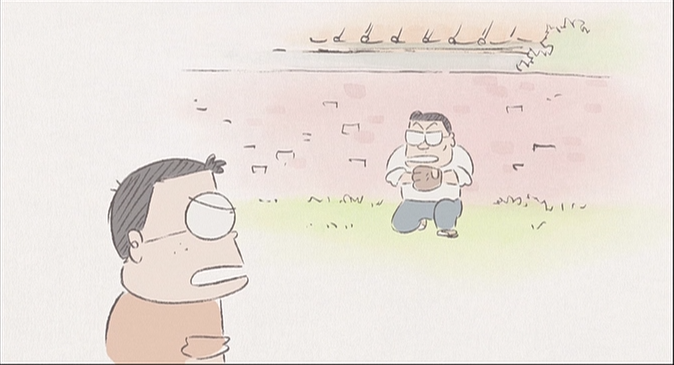 Through these segments we get to know the strict, but loving father; the stubborn and sometimes lazy and forgetful mother; the teenaged son who’s studying hard, and the independent and energetic little sister. The 70-year old grandmother also plays an important role in the three generations household, being the eldest and supposedly the wisest. Some of the themes presented are household duties, the relationship between husband and wife, the responsibility of the head of the family and the troubles of a hard-working student.

Additionally, there are some treats for those who like japanese poetry as well. Some of the segments have haiku’s being read aloud at the end, giving them a nice level of philosophical depth.

Soundtrack
The soundtrack is usually light and playful, but it will occasionally turn very gloomy to add the necessary melancholy to the scene. Nonetheless, this is first and foremost a feel good movie, and the cheery piano and vocal music reflects that very well. 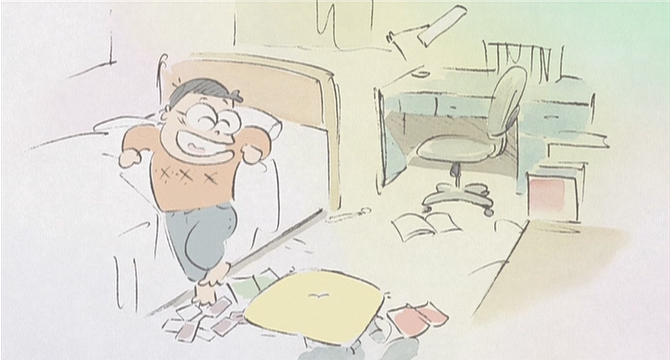 Summary
Although the daily life of the family is highly caricatured, there are a few interesting things to learn about Japanese culture and society. Having studied said topics (and some Japanese) certainly helps when trying to decode some of the humor and understanding certain jokes, but I think it’s certainly possible for everyone to enjoy and even learn from the many different episodes. 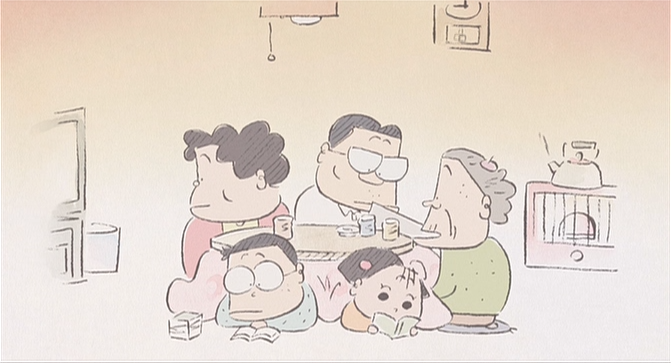 Moreover, there are a multitude of delightful dialogues between the characters. Sadly, some of the nuances are not represented well enough in the translated english subtitles (in this case, the DVD version from Optimum Releasing). My conclusion is; watch this movie, especially if you’re a student of Japanese or even the slightest interested in Japan.

(All images used in this post are screenshots from my DVD of the movie My Neighbors the Yamadas, copyrighted to Studio Ghibli, distributed by Optimum Releasing)